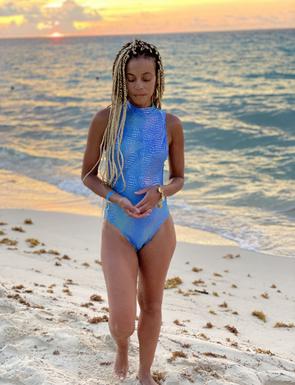 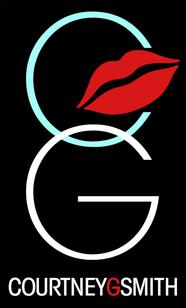 Courtney G. Smith was born in Glenwood, IL., a small suburb located just south of Chicago. When she was eight years old her family moved to Chicago where she began cultivating a city life. Courtney loved the fast pace of the city and was excited to take public transportation all across town, but when it came to deciding which college to attend Courtney wanted a school that had the "college town" flare while still having a large population. After her mom dropped her off at her dorm, Courtney knew she made the right decision to attend Michigan State University.

After graduating from MSU in 2000 with a Bachelor's degree in Communication, Courtney was unsure of her career direction. All of her thoughts regarding which career path to take came to a screeching halt when she was diagnosed with the autoimmune disease myasthenia gravis in April 2001, at the age of 22. Courtney had a thymectomy on September 11, 2001 to force the MG into remission. After having her chest cracked opened for the surgery, Courtney realized that the disease had not come close to going into remission. As a result, Courtney  went on a mission to make people aware of their health. She enrolled as a graduate student at MSU in the fall of 2002 to begin pursuing her Master's in Health Communication. Due to circumstances beyond her control, Courtney was only able to complete 17 out of the 33 credits required for the completion of her degree.

When she returned home to Chicago, Courtney went on a quest to make the public aware of what women with autoimmune diseases go through on a daily basis. She founded Control Your Auto Productions, Inc. in April 2006 and began producing and filming the award-winning film Beauty Does Lie: The Untold Stories of Autoimmune Diseases in June of that same year. Beauty Does Lie features seven women with five different autoimmune diseases and commentary from two doctors; a rheumatologist and neurologist.

Currently, Courtney is on a healing journey for the MG. Since May 2014 she has used food, bikram yoga, supplements, meditation, and energy healing work to heal her body. She is ecstatic to see her body transform each day. Courtney has learned to listen to her body and honor all of the messages her body conveys on a daily basis.

Courtney is a spokesperson for the American Autoimmune Related Diseases Association (AARDA). She is excited to be re-releasing Beauty Does Lie in digital format in March 2014 for National Autoimmune Diseases Awareness Month.